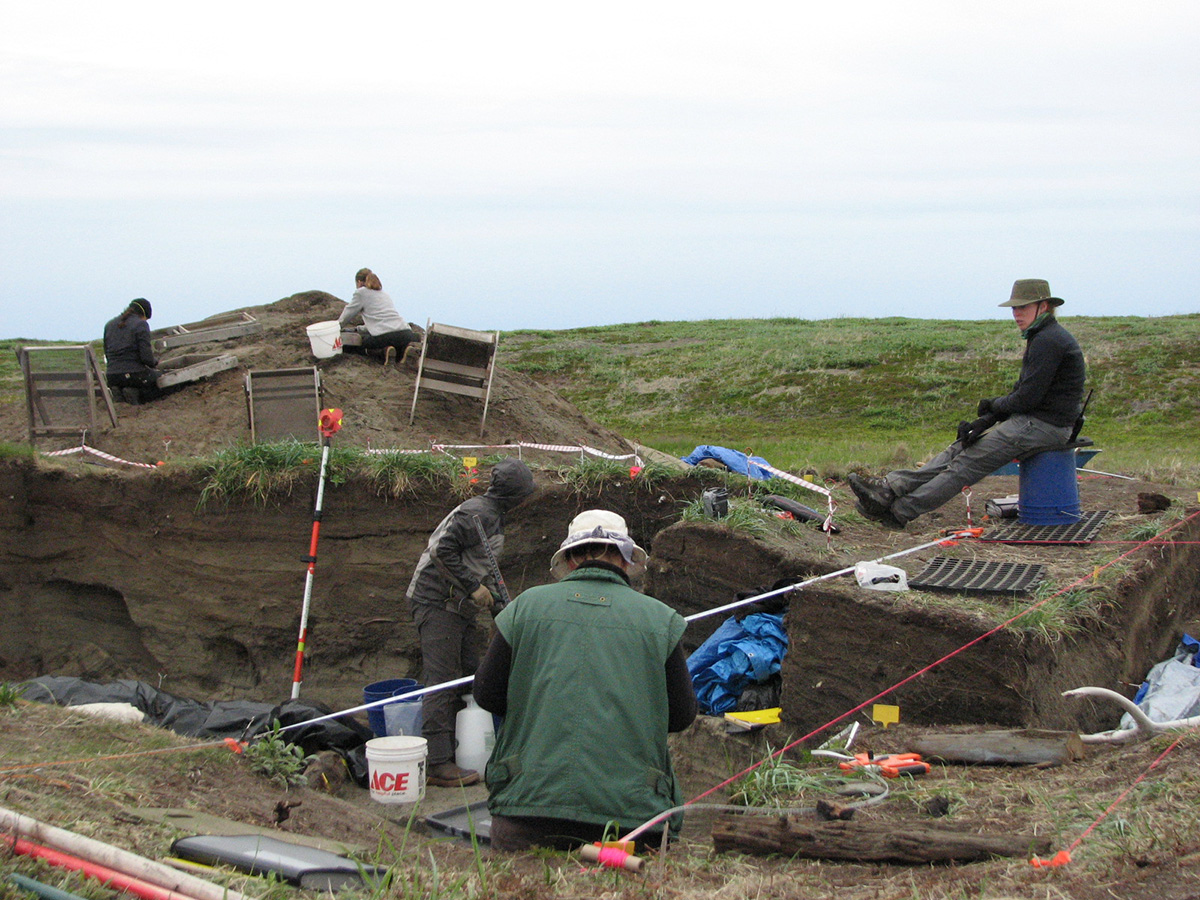 In collaboration with the Kansas Geological Survey, we are developing laboratory methods and analytical pipelines to study ancient DNA extracted from soil samples from archaeological excavations. With this environmental DNA, we identify the presence of floral and faunal species to reconstruct paleoenvironments. The data is compared pollen and zooarchaeological analyses to increase the resolution of the environmental reconstructions. Although in its early stages, initial success has been obtained with archaeological soil samples from Cape Espenberg in Alaska. A series of sites across Kansas have been sampled to see if such an approach can distinguish different ecotones in prehistory in mid-latitude environments. To date, we have had success in using environmental DNA to identify horizons of human occupation within the stratigraphic record from these mid-latitude archaeological sites. 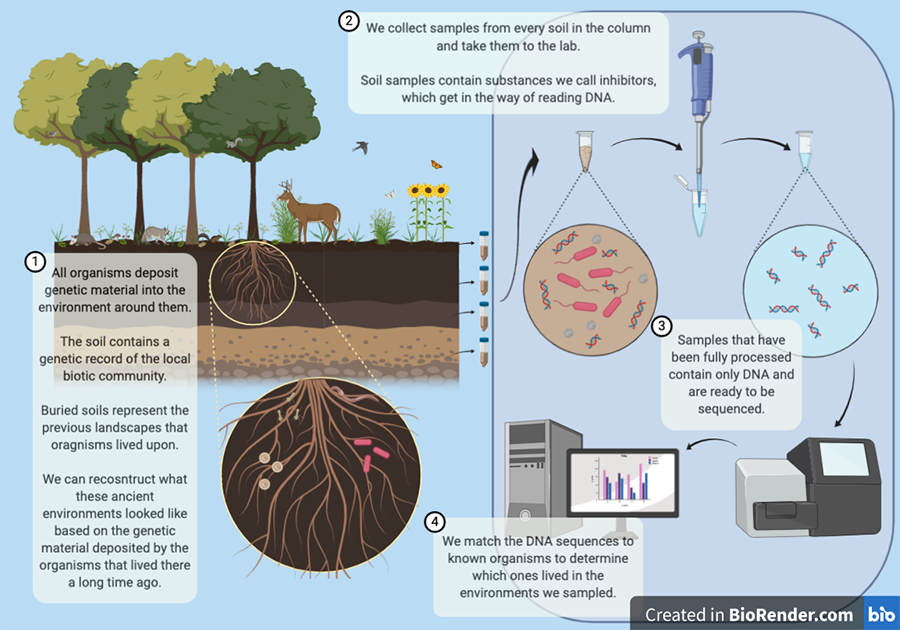 With archaeologist Dr. Fred Sellet, we are also aiding in the development of protocols for residue DNA extraction. The focus here is to obtain DNA samples from organic residue on stone tools or other artifacts recovered from archaeological excavations. Similar methods will be used to attempt to extract human DNA from the mouth-pieces of bow drills used for fire making excavated at Cape Espenberg, AK.