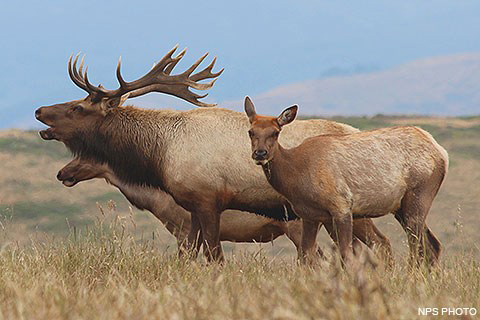 Increasingly, we employ molecular tools to investigate the population dynamics of non-human organisms (e.g., human prey or plant species, including early domesticates) as proxies to infer human resource procurement strategies and to explore the effect of past/precolonial human hunting on prey population dynamics. In addition to the seal genetics project at Cape Espenberg (see Project page), we, in collaboration with Jack Broughton at the University of Utah, examined the changing patterns of genetic variation over time in Tule elk populations from the Emeryville Shellmound in the eastern San Francisco Bay and the King Brown site in the Sacramento Valley. The goal is to investigate the role of human hunting activities on the demographic history of Tule elk in the region. Archaeological data indicates a dramatic population decline in Tule elk numbers prior to European colonialism, suggestive of overhunting. Genetic diversity estimates in elk remains at different points in time are used to test this hypothesis using molecular data.